What is coulrophobia?
Since it is not an old phobia, but one that increased in recent decades, little is known about coulrophobia.

Scientists and doctors now agree that it is a result of not knowing who lies behind the excessive makeup, red nose and hair color.

The clown wears a colorful makeup to deconstruct the facial features to create a new identity.

And clowns can also break social norms, their mask makes them able to do things that others can’t do socially, like interacting with unknown people at ease.

Some researchers believe that coulrophobia cases increased after the 90’s, when Steven Spielberg classic horror film “IT” depicting a murderous clown was released and the portrayal of Joker as an evil character in Batman movies did not help the matter either.

The phobia can cause a state of panic, difficulty in breathing, irregular heartbeat, sweating, nausea and feelings of fear.

The coulrphobia may seem absurd for some, however, many people suffer so much, that it prevents them to eat a hamburger in a famous fast food chain. It is not a trivial matter either and coulrophobia shouldn’t be treated lightly.

Some hospitals use clowns as mural decorations which may make some coulrophobic children feel unease during their stay at the hospital.

Although the fear of clowns develops most of the time during childhood, it is prevalent among adult population too, even if a big number of adults would deny it.

It is said that the phobia develops in early years, when children are very sensible to an unfamiliar face in a familiar body.

There isn’t any official data about how many people suffer from coulrophobia, although it is believed that it is much more prevalent in western society (where exposure to clowns is more prevalent since a younger age). Some estimate that around 12% of adults in the US suffer from it.

At the end of the day, any phobia is an irrational fear and clowns exist to entertain us. To help better understand what provoked this phobia and how it is manifested, write in the comments below.

In circuses, clown jesters were actors with great agility, flexibility, who entertained audiences with their feigned clumsiness and their jests.

Clowns first appeared in the 3rd millennium BC in Egypt. They were entertainers who were allowed to mock everybody including the rulers.

But there is no commonly accepted theory about where clowning in its current form originated as modern clowns borrow from including the pantomimes of Greece, the court jesters or the buffoons.

Actually, most cultures had a sort of clown character, and today’s clowns borrow from many such characters.

Originally, the clown in the circus was hired to fill the gap between two shows. His job was to create a loud and gesticulating diversion until the acrobats or animals were prepared to enter. And even in today’s circus, the function of the clown is reduced to filling in time around the arena while the properties and apparatus for the aerialists, the trapeze artists and the acrobats are manhandled into the ring.

In the second part of the nineteenth century, there was a heyday for clowns, and even into comparatively recent times there remained traces of that tradition when the circus clown had to be an adept in every branch of circus work – riding, tumbling, balancing, animal training, and very often a skilled musician. Thus, in many instances the clown is a very complex character.

There are many types of clowns.

With the white clown, the facial features disappear entirely, leaving only empty space, no name, no identity.

He is an elegant and intriguing character. It confuses the public by its lack of intentions in the face.

It has a red nose, its mouth is wide open and smiling.

In the circus tradition, he crossed the track to reach the public in order to entertain the public. It appears many times together with the white clown and its role is to destabilize the white clown.

In order to be able to treat coulrophobia, one needs to analyze what is the origin of clown phobia:

• Is it the fear of unknown?
• The fact that behind the smiley face there could be anyone?
• Is it that the clown has no social norms, can break up barriers of interaction and that makes one person uncomfortable with them?
• Or is it a childhood experience?
• Maybe a movie?

In a broader sense even Charlie Chaplin could be catalogued as a clown because of his characters, but there is no fear of Chaplin.

Is it just the mask that makes the difference?

Unfortunately there is no cure for clown phobia. It depends on each person. But if coulrophobia is something you can’t live without, you should gradually accommodate yourself to the idea of clowns.

Maybe first watch some videos of clowns performing funny acts over the internet.

Sometimes, clowns putting their make up in front of the public can help relieve the tension of some coulrophobiacs as they can see it is just a mask, and they could see the real person behind the mask.

With some people, this is just enough, but obviously this cannot be possible in every social situation.

The fear of clowns is not something you should be ashamed of. Many people share the same fear and if you have any positive experience in overcoming your fear, share it below so that fellow coulrophobes can learn too. 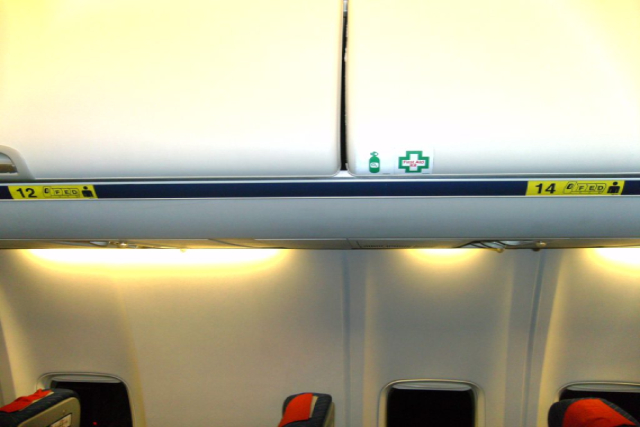