What has arms, but never hugs anyone? It is the saguaro (sa-WAHR-o) cactus, found in the Sonoran Desert of North America. Its Latin name, Carnegiea gigantea, means gigantic candle.

Saguaros are the symbol of the Southwest, yet they’re mostly found only in one small corner of Arizona, where soil conditions, weather and water tables converge to produce the perfect breeding ground for the fickle plant.

The cacti are prolific, but picky. Each fully-grown plant might shed some 40 million seeds throughout its lifetime, but only a single, tiny pod might actually take root and grow up to produce its own offspring. More than 90 per cent of the seeds are eaten by desert creatures, from ants to coyotes, which rely on the water-heavy plant. Some 60 desert species call it home, including birds, owls and kangaroo rats.

Saguaros’ painfully slow growth – they grow about 2.5 millimeters each year and it takes about 75 years for the plant to build up enough resources to sprout an arm. However, they can live to be 200 years old and grow 50 feet high. The oldest saguaros will have up to five arms.

The saguaro has long, prickly needles. These needles filter the sunlight, just like blinds on your windows. It helps protect the cactus from the heat, which can reach 120° Fahrenheit.

You might think with these sharp needles, the saguaro doesn’t get any attention, but it is a friend to many desert creatures. In May, beautiful white flowers will begin to bloom on the cactus. Their nectar attracts butterflies, bees, bats, and white-winged doves. They need to eat fast, though, because these flowers only last about 24 hours.

After the flowers dry up, the saguaro starts producing fruit. This fruit will split open when it is ripe. On the inside, it is bright red and juicy with hundreds of black seeds. Now other animals will eat. The saguaro will be visited by coyotes, curved-bill thrashers, and javelina which are wild pigs.

The fruit is also used by Native Indians. For hundreds of years, they have gathered the saguaro’s fruit. They use long poles to knock the fruit down. It is then used to make jams, candy, and wine. The Indians scoop out the fruit and leave the skins as an offering for rain.

Not only does the saguaro provide food for its desert companions, it also is a home for some of them. The gila (HEE-la) woodpecker digs out a hole in the cactus so the female can lay eggs in the spring. After the woodpecker leaves, another tenant moves in. It is the elf owl. He is the smallest owl in the world, measuring only five inches high.

A saguaro will eventually die or perhaps be struck by lightning from a desert storm. Even then, the saguaro has many guests. Termites and black widow spiders will move in, along with centipedes and scorpions. Even snakes will visit, finding a cool hiding place from the desert heat.

The saguaro may have a prickly personality, but it is a true friend of the desert.

Where Do Saguaro Cacti Grow

The saguaro cactus has a very slow growth, they will only start reaching maturity and produce buds when they are 50 years old. On average, they grow two inches a year. But the process in which saguaros grow is a marvel in itself.

Each April, buds looking like Brussels sprouts appear on the trunks and uplifted arms of mature saguaro plants. Opening in early May into crowns of glorious large white flowers, these night bloomers remain open until noon or early afternoon of the next day, their deep nectaries and pollen-laden anthers unfolded to nighttime pollinators and daytime pollinators alike.

The pollen grains of the saguaro are too large to be windborne, so the saguaro must be cross-pollinated by creatures conned to the job by the sweet smell of night perfume and the generous store of sugary nectar the saguaro produces so abundantly.

The most important fertilization takes place at night. Nectar-feeding, long-nosed bats (recently put on the endangered species list) make their annual migration up from Mexico, arriving on schedule just as the saguaros are blooming. Hovering over a saguaro flower like a giant moth, they plunge into the dense thicket of stamens feeding on nectar and pollen, emerging well-coated with snowy pollen before clambering into another flower, dispersing and picking up pollen as they flit from flower to flower.

Domestic and wild bees submerge themselves into the petals and reappear with the fat little bottoms well dusted with pollen, as they go on to bury themselves in flower after flower.

The white-winged doves, after wintering in Mexico, arrive in Arizona just in time to join in the raids on the honey-sweet flowers.

About a month after the flowers appear the fruit is ripe. In the mounting heat of June and July the fruit opens, fresh and red and juicy, splitting three or four ways, like giant petals. The birds have a field day.

The fruit falls to the ground and is eaten by coyotes, pack rats, quail, brown towhees, the cactus mouse, antelope ground squirrels, rabbits, etc. Harvester ants carry off the seeds to their underground chambers, clearing off the area below a saguaro in record time.

The life of a saguaro seedling is no breeze; it is full of hazards all the way. The more knowledge scientists have amassed the more wonder it is that we have any saguaros at all.

From 10,000 seeds fallen to the ground, with an average life expectancy of six weeks, maybe one will put down roots.

For a seed to germinate at all it must rain two times within five days. Such stringent circumstances are hard to come by. It happens on an average only once in every 25 to 30 years. Only four years in the last century have been favorable for saguaro seedlings: 1900, 1929, 1941, and 1967.

During an active reproductive life span of 100 years, a healthy saguaro will produce 40,000,000 seeds, with an average 2,000 seeds to each fruit. Researchers estimate that for the species to endure, only one of those 40,000,000 seeds must germinate and survive to become productive.

That seed must fall on a rocky hillside or under the protection of a nurse plant (a bursage or a palo verde) which will protect the seedling from being fried by the summer sun, from the freezes that come upon us, from marauding rodents hungry for a wisp of green, or from being mashed under the heavy foot of a cow, out on the desert where man has pushed his cattle into land that cannot support grazing.

A saguaro a year old takes up only a cubic inch of living space, and will be only an inch tall.

Growth of the saguaro is very slow. A young saguaro 20 years old may be only a foot and a half high, and that’s under favorable circumstances. The rate of growth varies, depending on a large amount of summer rainfall.

The hottest weeks of the summer, the six weeks to two months in July and August, if the expected summer rainfall materializes, will see the greatest growth of the saguaro. These are the important weeks. After the rains cease, no further growth occurs.

The saguaro will be 50 to 70 years old before it produces its first flower, to start the precarious cycle all over again. It is a wonder we have any saguaros at all.

Is The Saguaro Cactus Endangered?

The saguaro cactus is not endangered but its population is decreasing and it is threatened by a loss of habitat and by invasive species taking up its space.

By examining photographs taken in 1935, researchers determined that saguaro forests have been reduced by up to 75 percent. And many of the remaining cacti are afflicted with “brown decline,” a condition in which the natural green color darkens.

One theory is that pollution caused the decline of the saguaros. Researchers are looking for signs of damage from increased automobile-exhaust fumes that came with Arizona’s postwar population boom. Another theory involves bats. Near one forest, a tourist concessionaire commandeered a cave for his business. The cave was a roosting place for Sanborn bats, which cross-pollinate saguaros; ridding the cave of bats disrupted the pollination pattern in that area. There is hope for the plants; some new seedlings are taking root. But patience is needed: saguaros, which live for 150 to 250 years, take half a century to reach maturity.

A saguaro reaches 40 feet (12 meters) on average but some grow even larger than that. The record for the tallest saguaro is held by a specimen near Cave Creek, AZ that measured 78 feet (almost 24 meters). With no arms, that saguaro was toppled by heavy winds in 1984.

Facts about the Saguaro Cactus

Saguaros are some of the most recognizable cactuses as they were featured in many western movies and their distinct shape makes them easy to recognize. Here are some interesting facts about the saguaro that you may have not known. 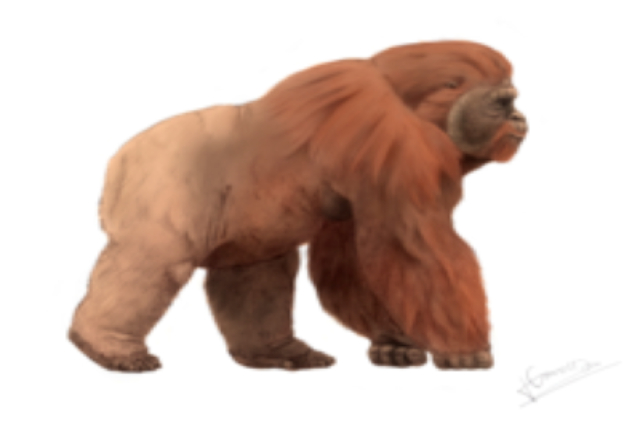 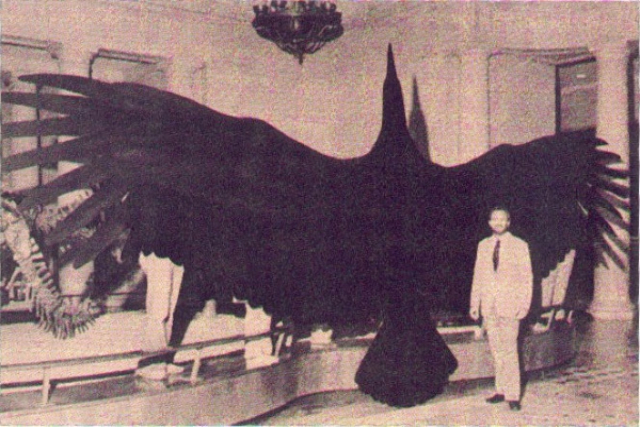 The Argentavis is one of the largest birds to ever roam the skies. Its scientific name, Argentavis magnificens literally means “magnificent Argentine bird” and it…